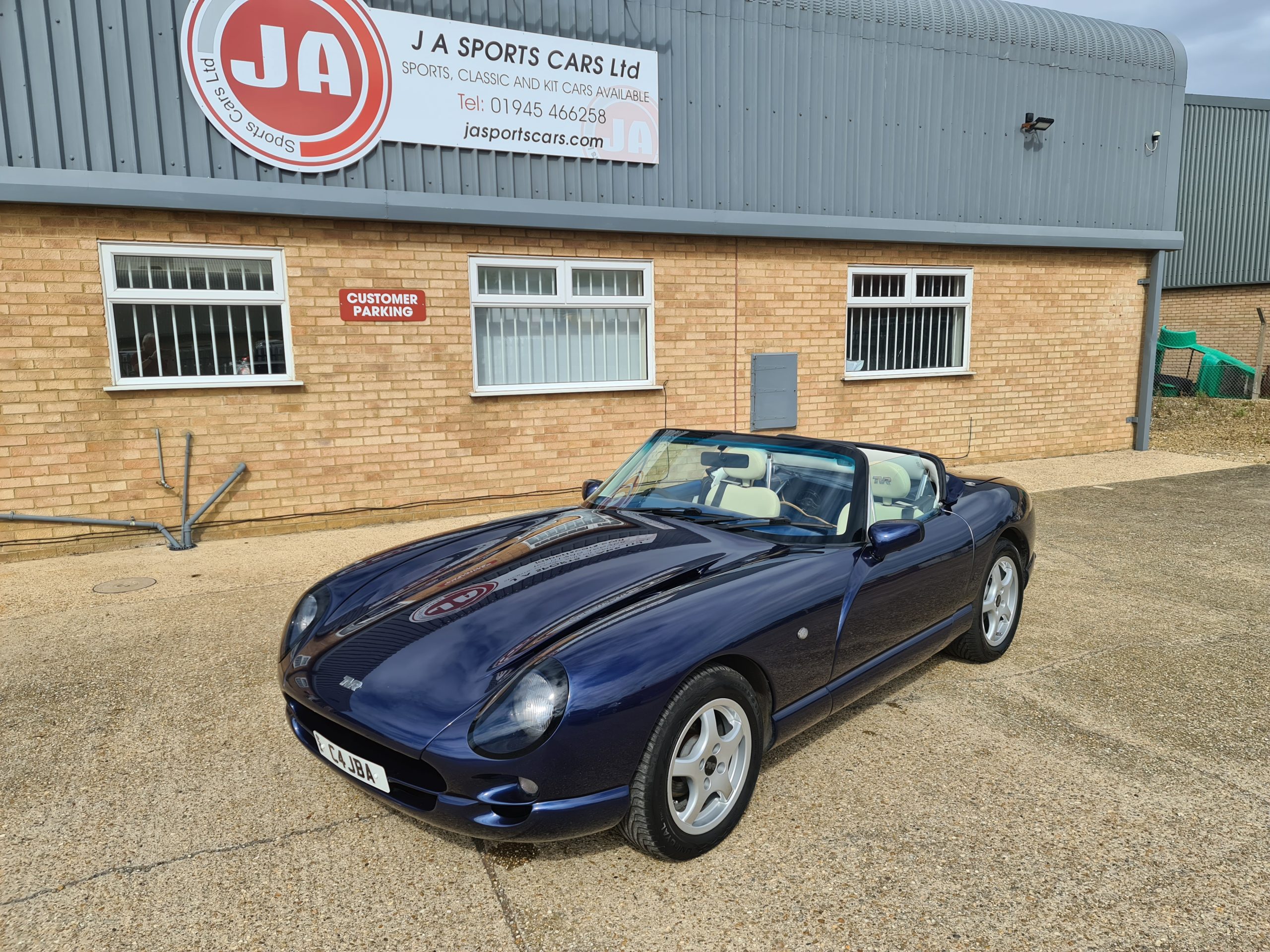 The TVR Chimaera is a two-seater convertible sports car manufactured by TVR between 1992 and 2003. The name was derived from Chimera, the monstrous creature of Greek mythology, which was made of the parts of multiple animals.

The Chimaera was intended to be the long distance tourer of the range and as such was longer, more spacious and had slightly softer suspension than its sister car.

This is my own car and has been the subject of many updates. Firstly, the car has been turbocharged and, following the fitting of a new Emerald ECU, it spent many hours on a rolling road being tuned. It is now very powerful but the graphs are pretty much diagonal upward lines.

The power builds smoothly from bottom to top with no turbo lag. The car has been looked after by renowned local TVR specialist Mat Smith who also races a Chimaera. He describes this car's power as being "more than a 500" and "very usable".

The better seats from the TVR Cerbera have been fitted and they have been trimmed by Dave the Trimmer to a very high standard.

Have the outriggers been done? The question that everyone should ask when buying a TVR. In this case, yes they have, very recently.

All the brake lines have recently been renewed along with many other items.

There is a carbon fibre steering wheel from Reverie that is a delight to hold.

A modern stereo has been installed.

You get the picture! This is a truly well sorted British sports car ready to be enjoyed on the road.

We know you want some more detail, so here we go. If it's not there, just ask us because we'd love to help you
HISTORY
SPEC
TECH
This car comes with a folder full to the brim with invoices etc for the work done.
Service History
Lots of history with this car. Come and have a look.
MOT
All our cars come with 12 months' MOT if required