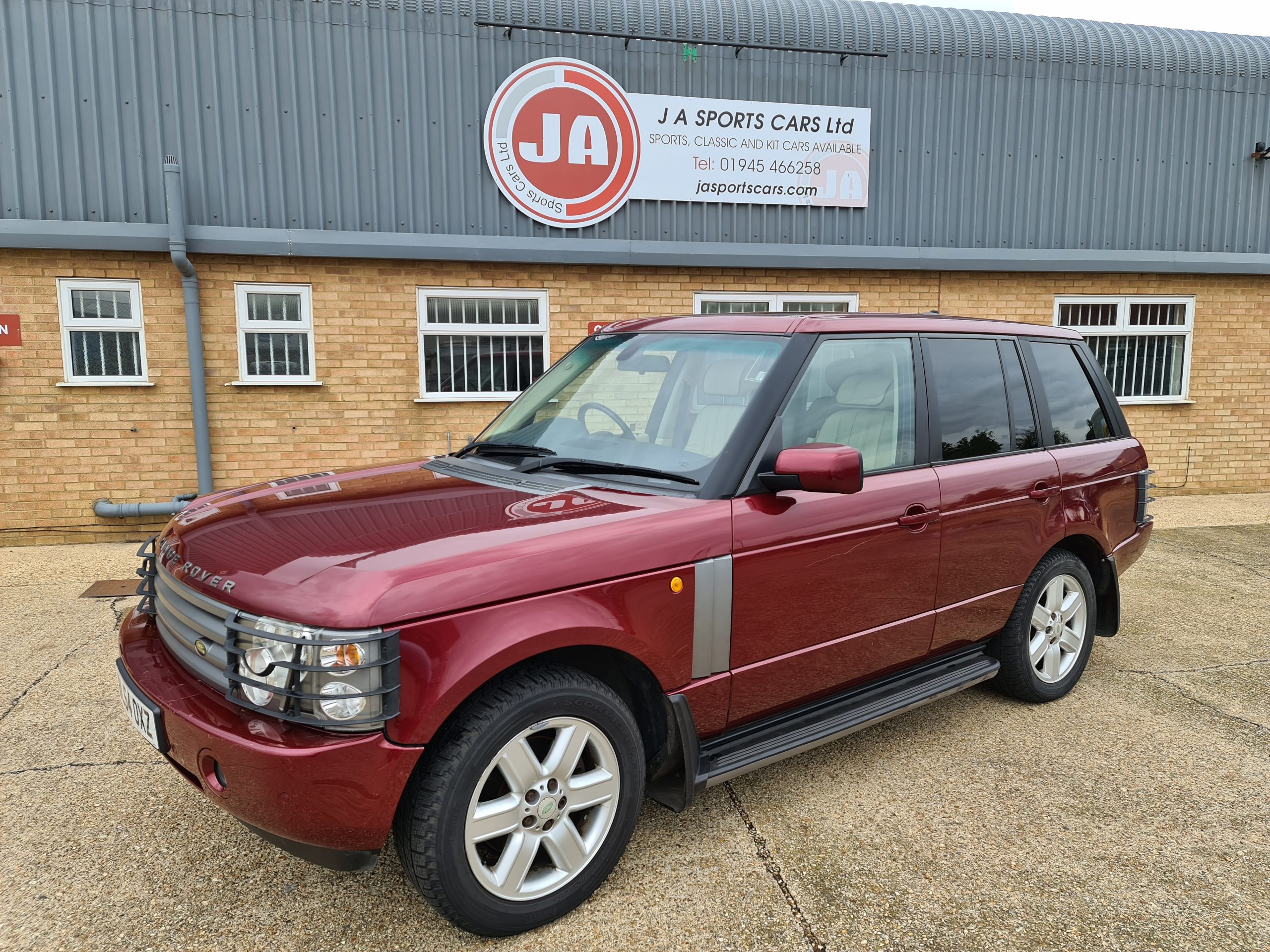 The Range Rover (L322) (usually known simply as the "Range Rover") is the third-generation Range Rover model from British car maker Land Rover and was originally developed under the codename 'L30'.

The L322 was introduced in 2001 and had a production run of over ten years. Planned and developed under BMW ownership, the vehicle was intended to share components and systems (electronics, core power units etc.) with the E38 7 Series. However, BMW had already sold Land Rover to Ford some two years before the L322 went into commercial production.

This 2005 model is a luxury Vogue with the 4.4L V8 (a BMW engine) with 301 hp and 510 Nm of torque. So it's not slow! It has the highly desirable red exterior and lovely cream leather interior.

It comes with a full Land Rover service history - the last service was done only 4k miles ago. Low mileage for the year - only 100,000 miles in 15 years. Only 2 owners from new, the last, a lady owner, for 14 years. It comes with 3 keys. New front air springs fitted last year.

This car is not perfect! It is a luxury workhorse that has been used. However, the problem areas are, unusually for a Range Rover, NOT the mechanicals or electrics. In fact, everything is working from the air suspension to the rear wash/wipe. The interior is in a lovely condition with just a few signs of wear. The issues with this car are with the paint. Some blighter has keyed one side of the car and there is some lacquer peel. Ideally the car could do with a respray but current values (which are ridiculously low) do not warrant our doing it before sale.

So what we have here is a perfectly usable, swift and luxurious example of the best SUV in the world. It's party frock is a bit worse for wear, but it has many years' of good, comfortable service ahead of it.