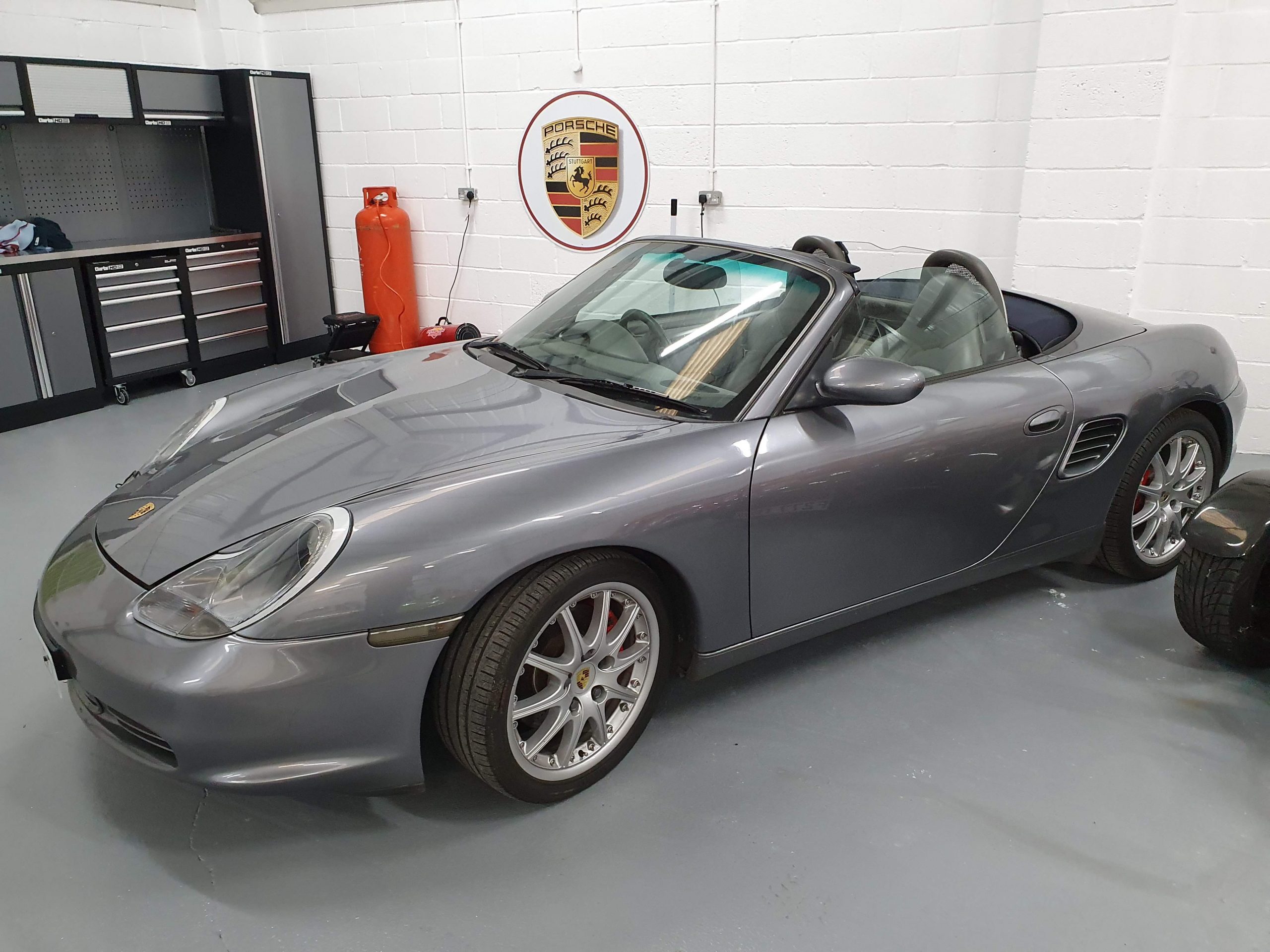 The Porsche Boxster is a mid-engined two-seater roadster. It was Porsche's first road vehicle to be originally designed as a roadster since the Porsche 914.

The first-generation Boxster (the 986) was introduced in late 1996; it was powered by a 2.5-litre flat six-cylinder engine. The design was heavily influenced by the 1992 Boxster Concept.

In 2000, the base model was upgraded to a 2.7-litre engine and the new Boxster S variant was introduced with a 3.2-litre engine. In 2003, styling and engine output was upgraded on both variants.

Here we have the best. A 2003 facelift Boxster S in Seal Grey with a grey interior. It comes with the following long list of options: