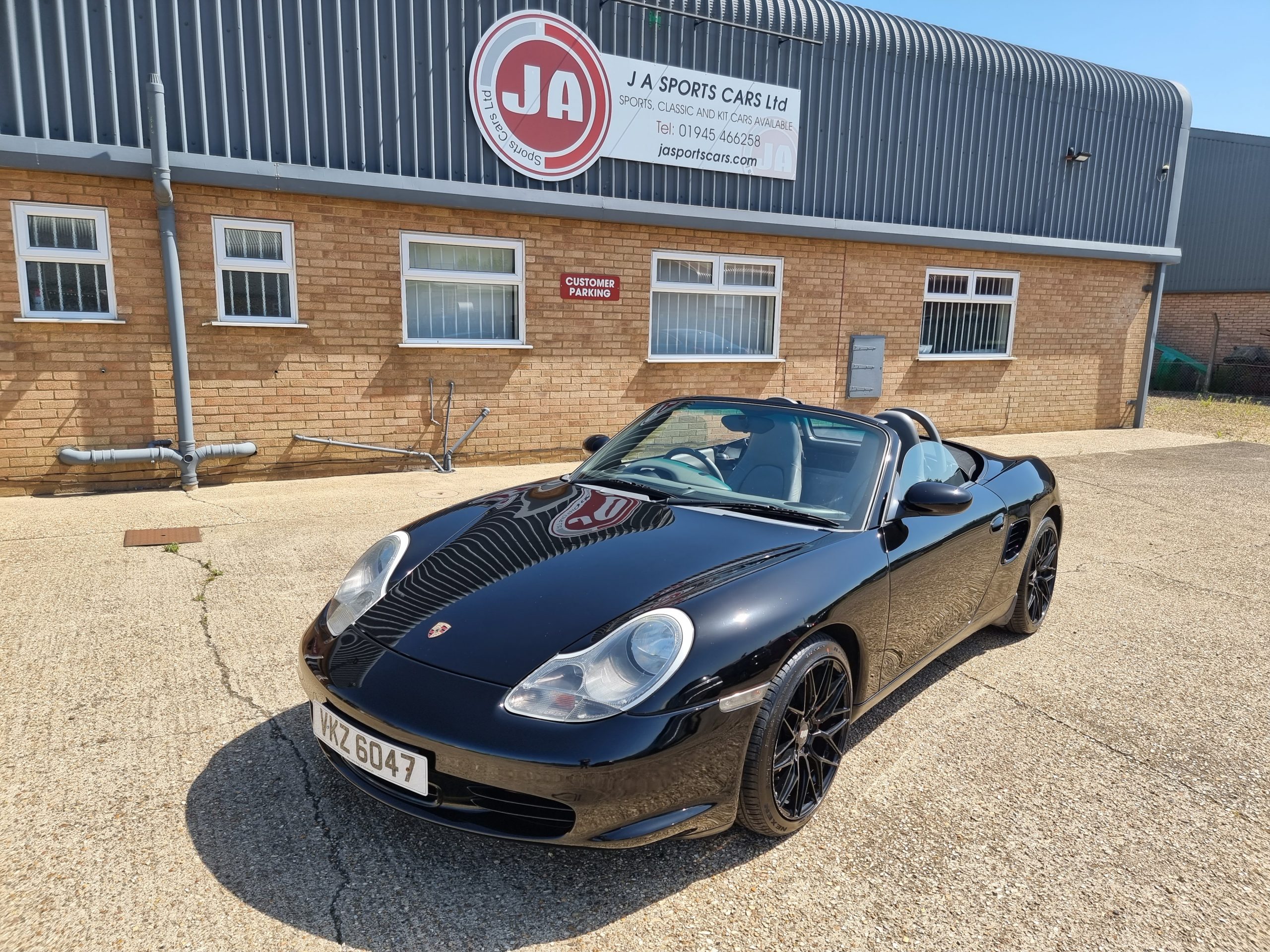 The Porsche Boxster is a mid-engined two-seater roadster. It was Porsche's first road vehicle to be originally designed as a roadster since the Porsche 914.

The first-generation Boxster (the 986) was introduced in late 1996; it was powered by a 2.5-litre flat six-cylinder engine. The design was heavily influenced by the 1992 Boxster Concept.

In 2000, the base model was upgraded to a 2.7-litre engine and the new Boxster S variant was introduced with a 3.2-litre engine. In 2003, styling and engine output was upgraded on both variants.

Here we have the best. A 2004 facelift manual Boxster S in Black with a Grey leather interior. It comes with the following options:

Best of all, it has done only 52,000 miles and is in great condition. Come and grab a real bargain!

We know you want some more detail, so here we go. If it's not there, just ask us because we'd love to help you
HISTORY
SPEC
TECH
Service History
MOT
All our cars come with 12 months' MOT if required