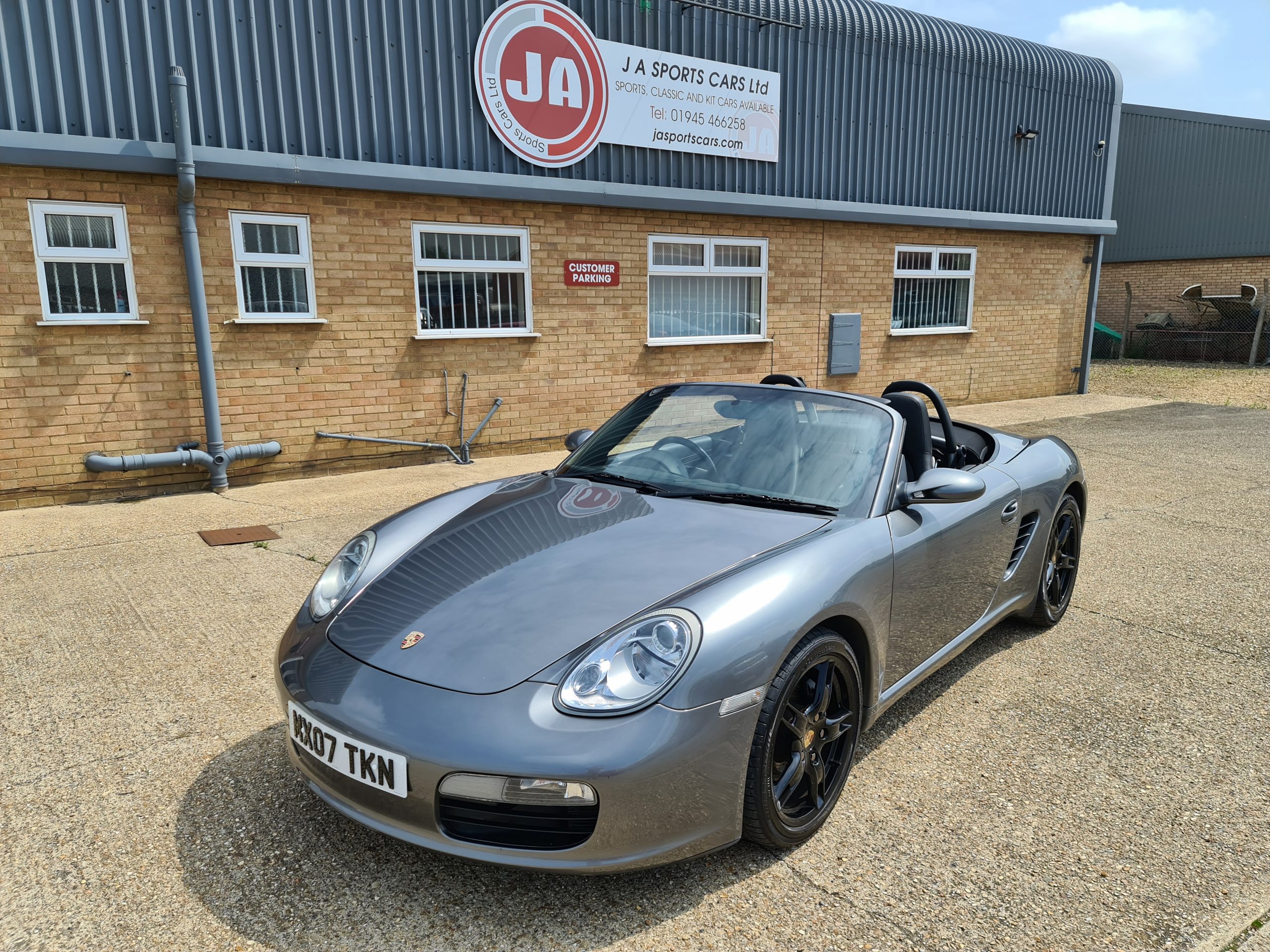 The Porsche 987 is the internal designation for the second generation Porsche Boxster sports car. It made its debut at the 2004 Paris Motor Show alongside the 911 (997) and went on sale in 2005.

The 987 was the second generation Boxster model, but remained very similar to the previous generation. The most obvious styling change is to the headlights, which now have a profile similar to those of the Carrera GT, Porsche's flagship mid-engine sports car of the time. The intake vents on the sides of the Boxster were now larger, with more pronounced horizontal slats. The wheel arches were enlarged to allow wheels up to 19 inches in diameter, a first for the Boxster series.

The most significant updates from the 986 series are in the interior, with a more prominent circular theme evident in the instrument cluster and cooling vents. Porsche claims that the 987 Boxster shares only 20% of its components with its predecessor. The base engine is a 2.7-litre 176 kW (236 hp) flat-6.

This car is in particularly good condition for its age and mileage, with the paintwork in excellent condition apart from a few stone chips on the front. As we received the car with very little service history, we have had it inspected and serviced by a Porsche specialist. The specialist confirmed that the car has been very well cared for and there were only 2 items that needed attending to. The first was a noisy starter motor which we have replaced with a new one. The second was that the hood tensioners had become slack as is common on Boxsters and we have corrected this. We also replaced the navigation DVD system because it was not working and it is now fully functional.

The specification of the car is as follows:

So this is a nicely specced car that drives beautifully and is in fully working order.

We know you want some more detail, so here we go. If it's not there, just ask us because we'd love to help you
HISTORY
SPEC
TECH
The car comes with all the original handbooks.
Service History
As this car was a bit light on service history we have had it checked and serviced by a Porsche specialist
MOT
All our cars come with 12 months' MOT if required