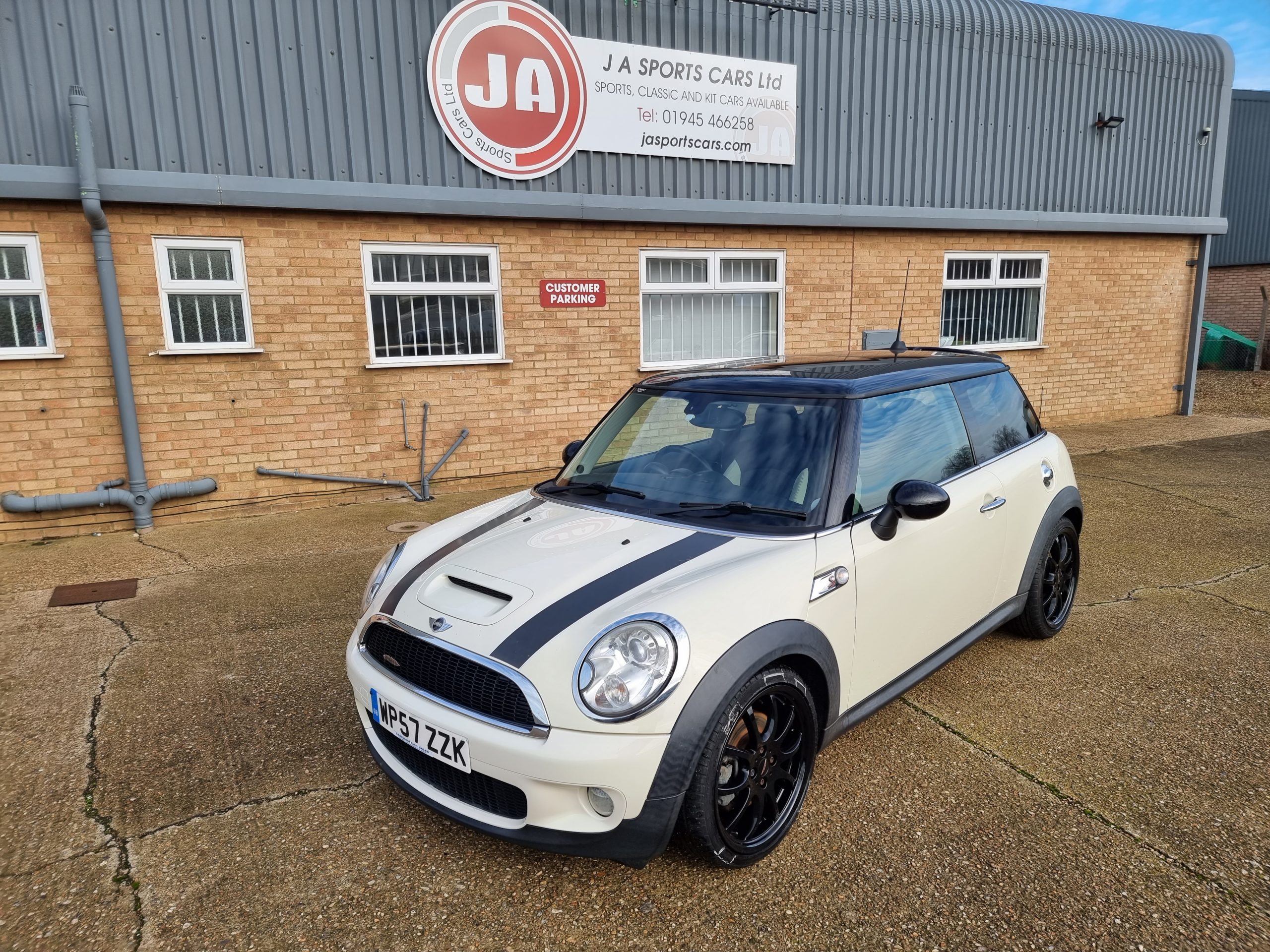 The JCW variants were unveiled in 2008 at the Geneva Auto Show, as 2009 model-year vehicles

This car is unmodified and in good condition with a substantial service history. We have replaced the turbo oil feed pipe which is the cause of oil leaks in the Cooper S. This is a substantial job which now ensures that this car will be leak free for years to come. We have also refurbished the wheels and will be replacing the front tyres.

All JCWs come with Sat Nav (we have updated to the latest maps), leather seats, xenon headlights and a fabulous panoramic roof.

We know you want some more detail, so here we go. If it's not there, just ask us because we'd love to help you
HISTORY
SPEC
TECH
Service History
Service history - stamps till 2015 plus invoices
MOT
All our cars come with 12 months' MOT if required