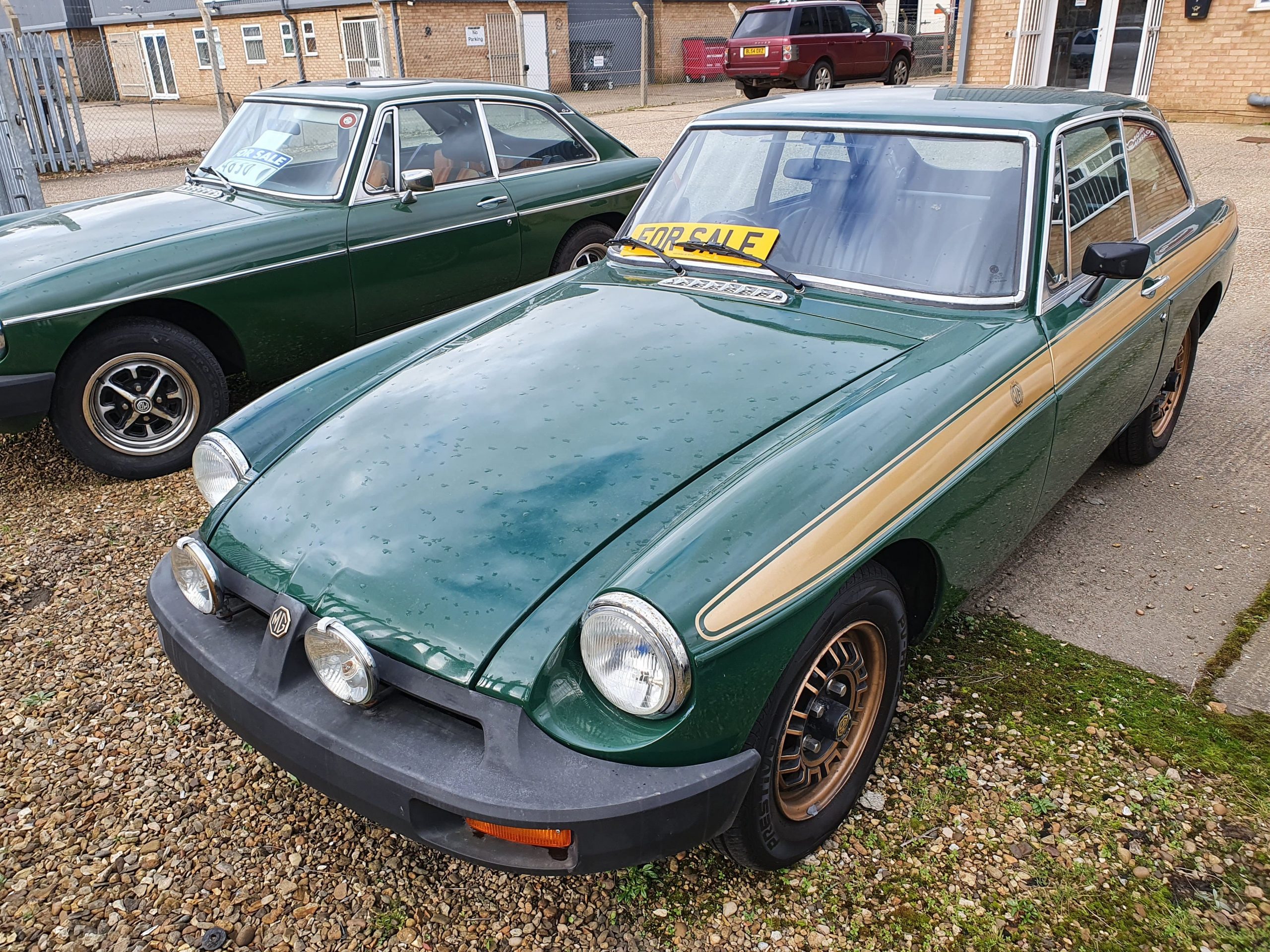 To mark the 50th anniversary of MG Cars in 1974, British Leyland announced the production of a limited edition of 750 MGB GT Jubilee models.

Launched the following year, they were distinguished by British Racing Green paintwork with gold stripes incorporating the Jubilee logo. Other badges on the car were gold rather than silver, and the alloy wheels had gold detailing. Other goodies included an overdrive gearbox, carpets instead of rubber mats, black cloth seats with headrests, a V8-style steering wheel and tinted glass – all optional extras at the time.

This car was the subject of a detailed restoration from 2002 to 2004 and comes with a folder containing photos of that restoration. There is also a Heritage Certificate.

Work required since the restoration has been completed and the standard of the car remains very high.