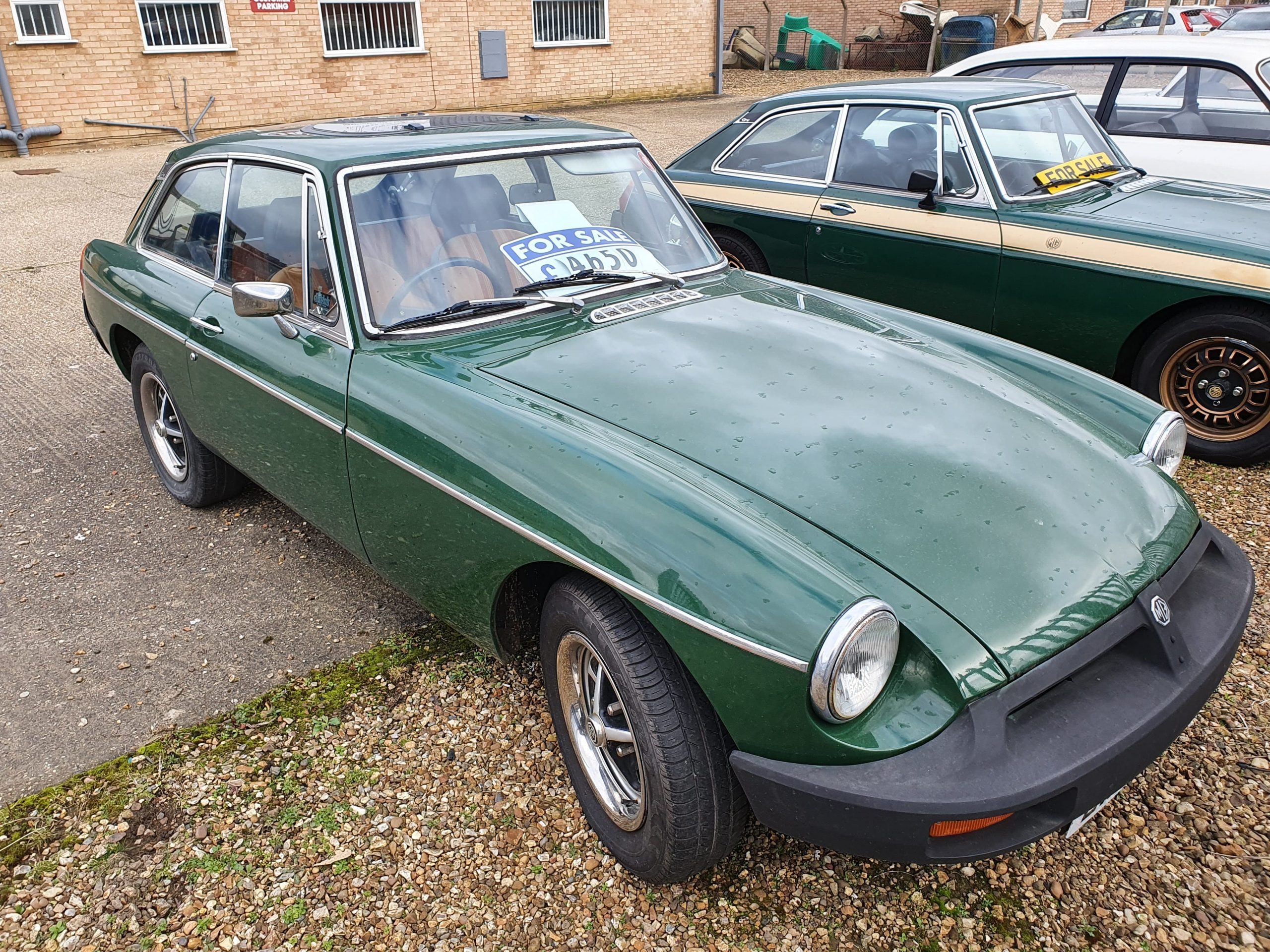 The fixed-roof MGB GT was introduced in October 1965. Production continued until 1980, although export to the US ceased in 1974. The MGB GT sported a ground-breaking greenhouse designed by Pininfarina and launched the sporty "hatchback" style.

By combining the sloping rear window with the rear deck lid, the B GT offered the utility of a station wagon while retaining the style and shape of a coupe. This new configuration was a 2+2 design with a right-angled rear bench seat and far more luggage space than in the roadster.

Relatively few components differed, although the MGB GT did receive different suspension springs and anti-roll bars and a different windscreen which was more easily and inexpensively serviceable.

For this car, a new Gold Seal engine was installed in 2014. Since then it has covered only just over 1,000 miles. It is in pretty good shape on the outside and inside and is ready to be driven to classic car shows or for a run in the countryside.