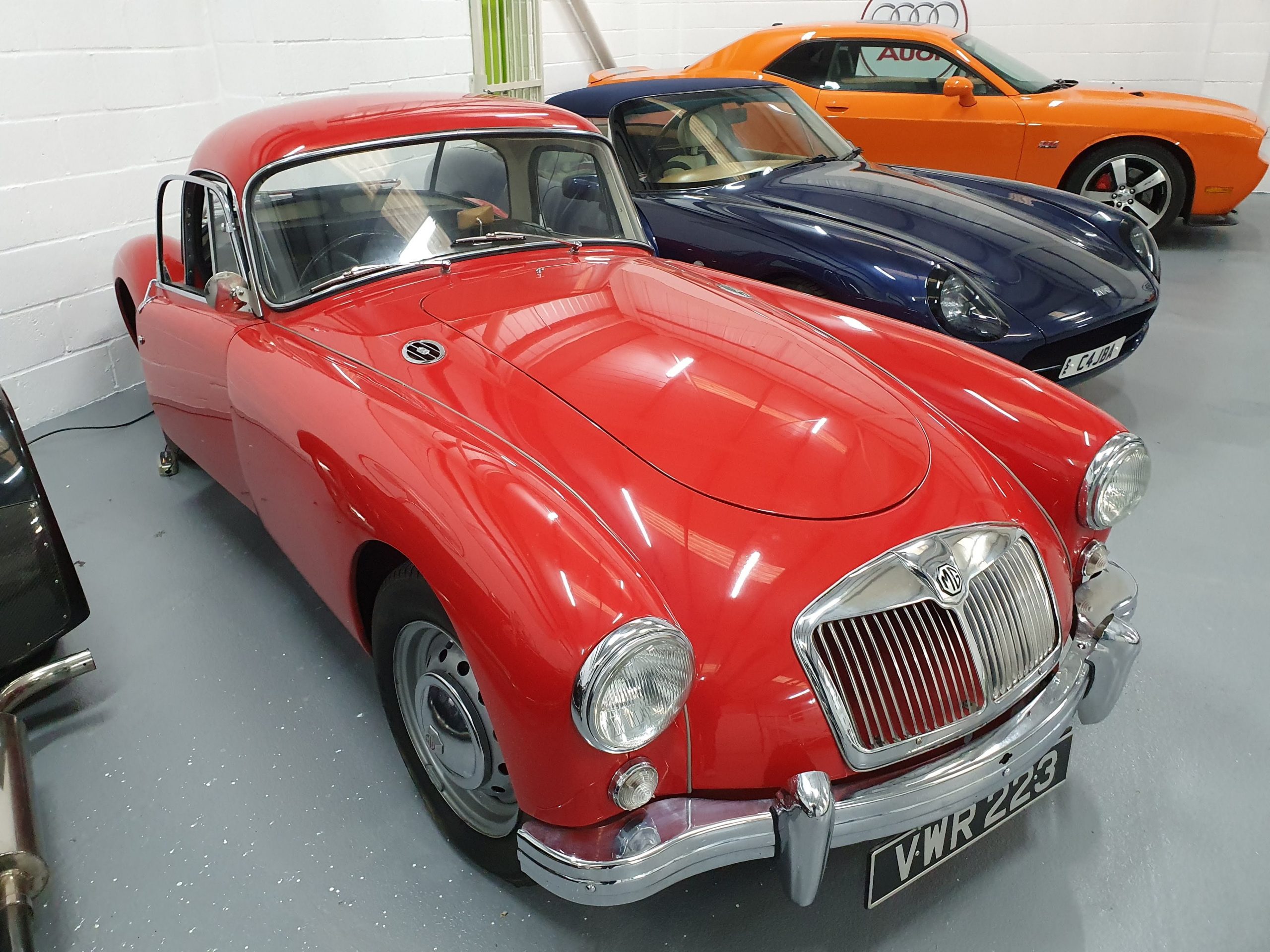 The MGA replaced the MG TF 1500 Midget and represented a complete styling break from MG's earlier sports cars. Announced on 26 September 1955 the car was officially launched at the Frankfurt Motor Show.

A total of 101,081 units were sold through the end of production in July 1962, the vast majority of which were exported. Only 5869 cars were sold on the home market, the lowest percentage of any British car.

It was a body-on-frame design and used the straight-4 "B series" engine from the MG Magnette saloon driving the rear wheels through a four-speed gearbox. Suspension was independent with coil springs and wishbones at the front and a rigid axle with semi-elliptic springs at the rear. Steering was by rack and pinion. The car was available with either wire-spoked or steel-disc road wheels.

This 1958 red Coupe is a beautiful car and was clearly the subject of an excellent restoration in the early 1990s. It has been maintained to a high standard since. The paintwork has barely a blemish and the interior is still in "as new" condition.