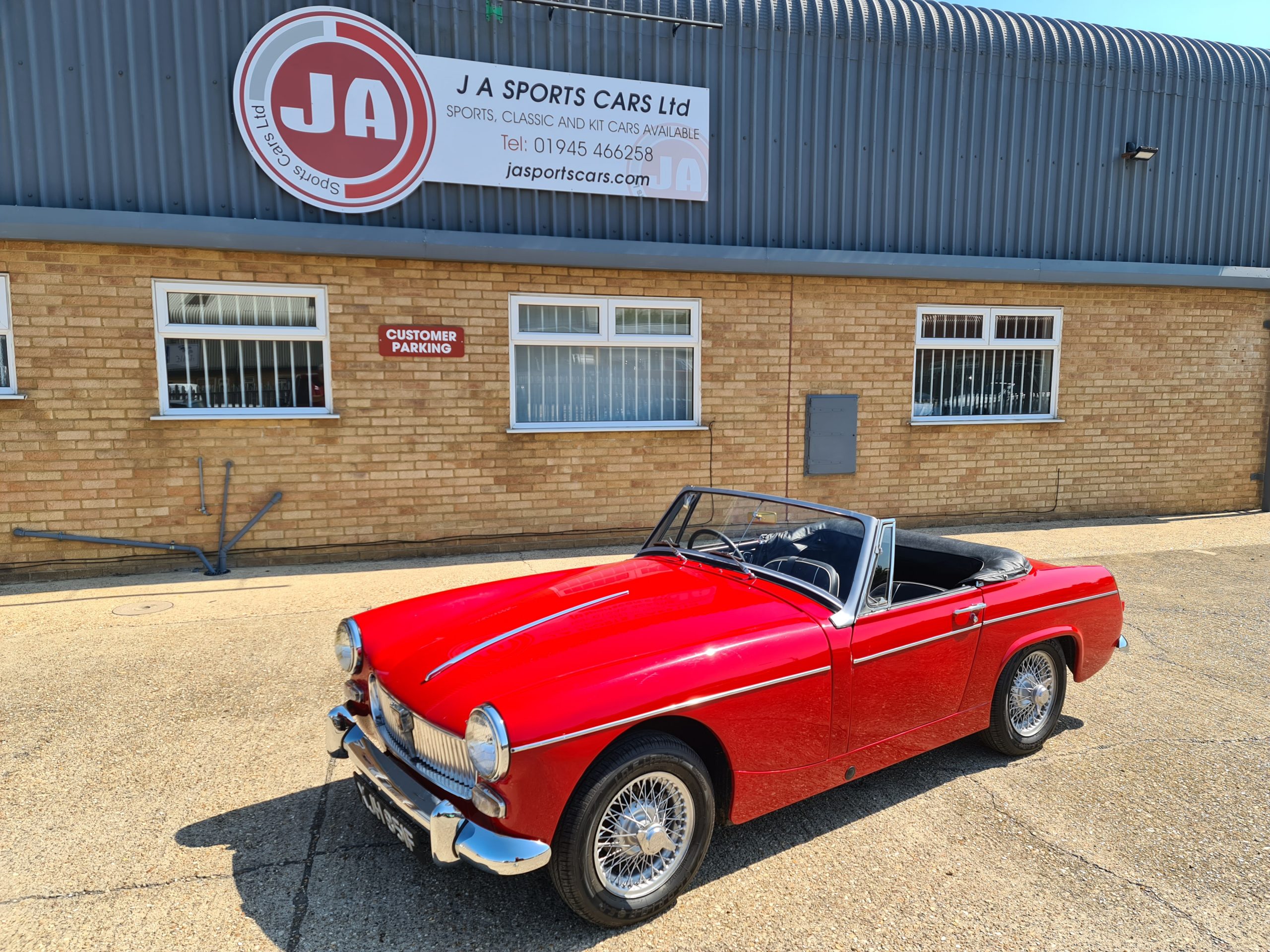 This is a lovely example of an MG Midget from 1967 in a stunning deep red colour. It was the subject of a respray done by ourselves last year and includes a brand new hood. The whole car is very tidy, but still offers the opportunity to a new owner to bring it up to a very high standard.

The MG Midget is a small two-seater sports car produced by MG from 1961 to 1979. The first version, announced at the end of June 1961, was essentially a slightly more expensive badge-engineered version of the MkII Austin-Healey Sprite deluxe version. The original 'frogeye' Sprite had been introduced specifically to fill the gap in the market left by the end of production of the MG T-type Midget as its replacement, the MGA had been a significantly larger and more expensive car with greater performance. Many existing MG buyers turned to the Sprite to provide a modern low-cost sports car and so a badge-engineered MG version reusing the Midget name made sense. The new Midget differed from the Sprite only in grille design, badging, improved interior trim, better instruments and added external polished trim to justify its higher price.

This car is a Mk III produced from 1966-1974. It built upon the Mk II which was different from the Mk 1 in that, externally, the main changes were to the doors, which gained wind-up windows, swivelling quarter lights (AKA wing windows), external handles, and separate locks. The windscreen gained a slight curvature and was retained in a more substantial frame. The hood, though modified, continued to have a removable frame that had to be erected before the cover was put on. The rear springs were replaced by more conventional semi-elliptic types, which gave a better ride.

In the Mk III, the engine grew to 1275 cc using the development seen on the Mini-Cooper 'S'.

The chassis is in good condition and can be inspected on our ramp in the showroom.