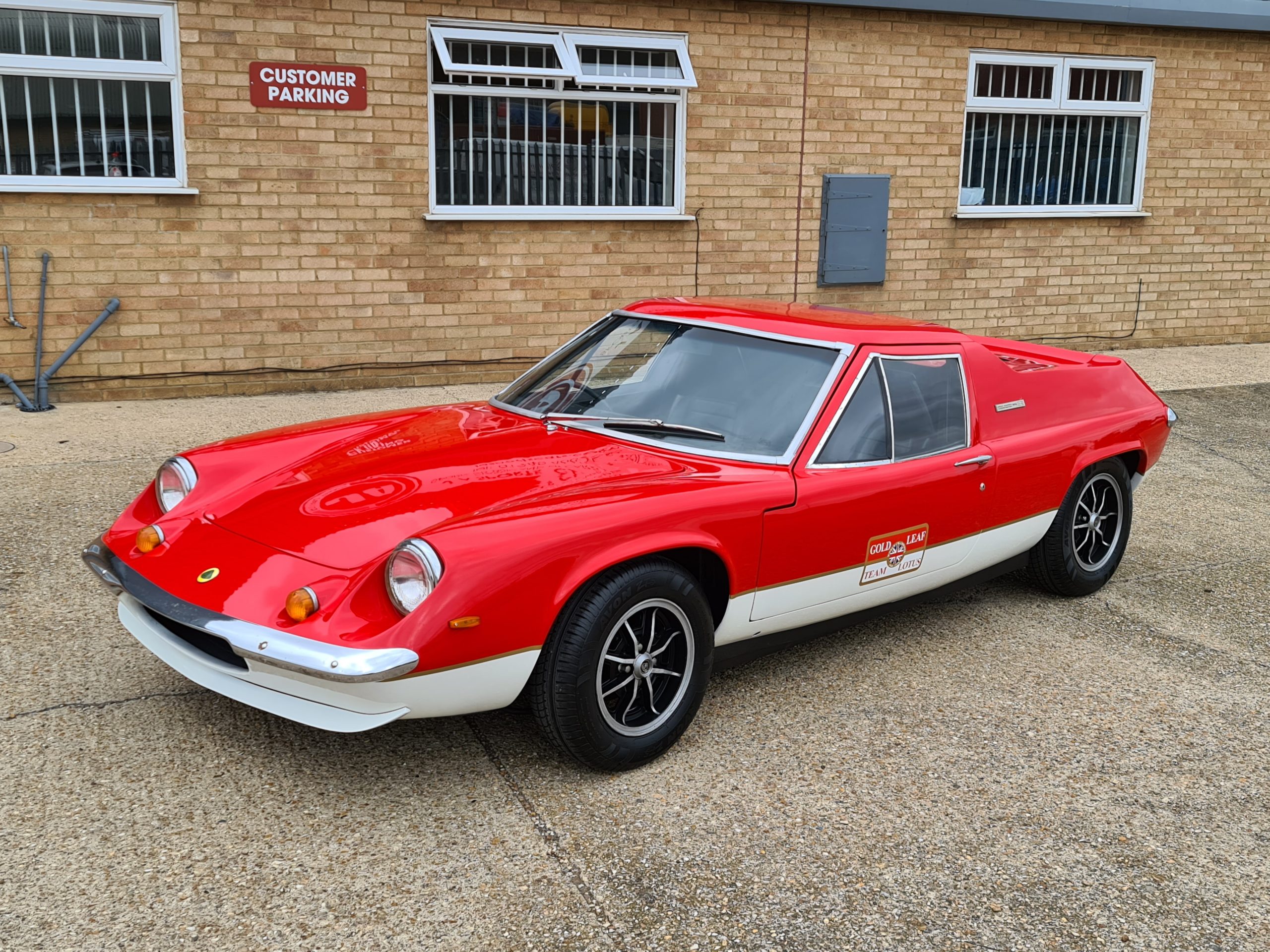 By the mid-1960s, the mid-engine vehicle configuration was well-established as the optimal design for Grand Prix cars, however almost no road vehicles yet used this arrangement. Lotus planned the Europa to be a volume-produced, two-seater mid-engine sports coupe built to reasonable cost, quite an ambitious goal for the time. Like all Lotus vehicles of the era, the Europa was designed and built following Chapman's oft-stated philosophy of automotive design: "Simplify, then add lightness". To this end, a number of ingenious design approaches were made by Lotus to allow it to economically overcome the many challenges presented by the novel mid-engine arrangement.

Production of the original Lotus Europa ceased in 1975, with a total of 9,230 cars of all models having been built.

The Europa used a lightweight, folded & welded "minimalist" boxed-steel backbone chassis with a fibreglass moulded body, a combination that was first used by Lotus founder Colin Chapman in the Lotus Elan launched in 1962. Earliest versions of the Europa had the body fully bonded to the chassis for maximum structural stiffness, however this was soon changed to a bolted-on body to allow normal chassis and body repairs to be made. Unlike the Elan, the Europa had no front-mounted engine or gearbox to accommodate, and so the Europa's main chassis member ran straight forward to intersect a large box-section cross-beam running across the car between the front suspension points. At the rear, the chassis split into a "U" shape behind the cabin to accommodate the combined engine, transmission and final-drive components, and to support the rear suspension.

This Europa is a 1972 model and has the much desired Lotus TwinCam engine. It is a sophisticated, twin overhead cam, 8 valve high performance engine.

When the car arrived with us it had become a little tired, so we have carried out a body restoration and repaint in the famous Gold Leaf colour scheme. In addition, the TwinCam was fettled and updated with parts rejuvenated or replaced as necessary. Fuel, brake lines and hoses have been replaced. New brakes all round have been fitted. The suspension has had new springs and dampers fitted to provide the correct geometry. New tyres grace the refurbished wheels.

The underside of the car has been cleaned and repainted.

The interior has just been tidied up as it was in pretty good condition despite the car being nearly 50 years old.

This Europa is now a real head turner and, I am sure, will not be with us for long.