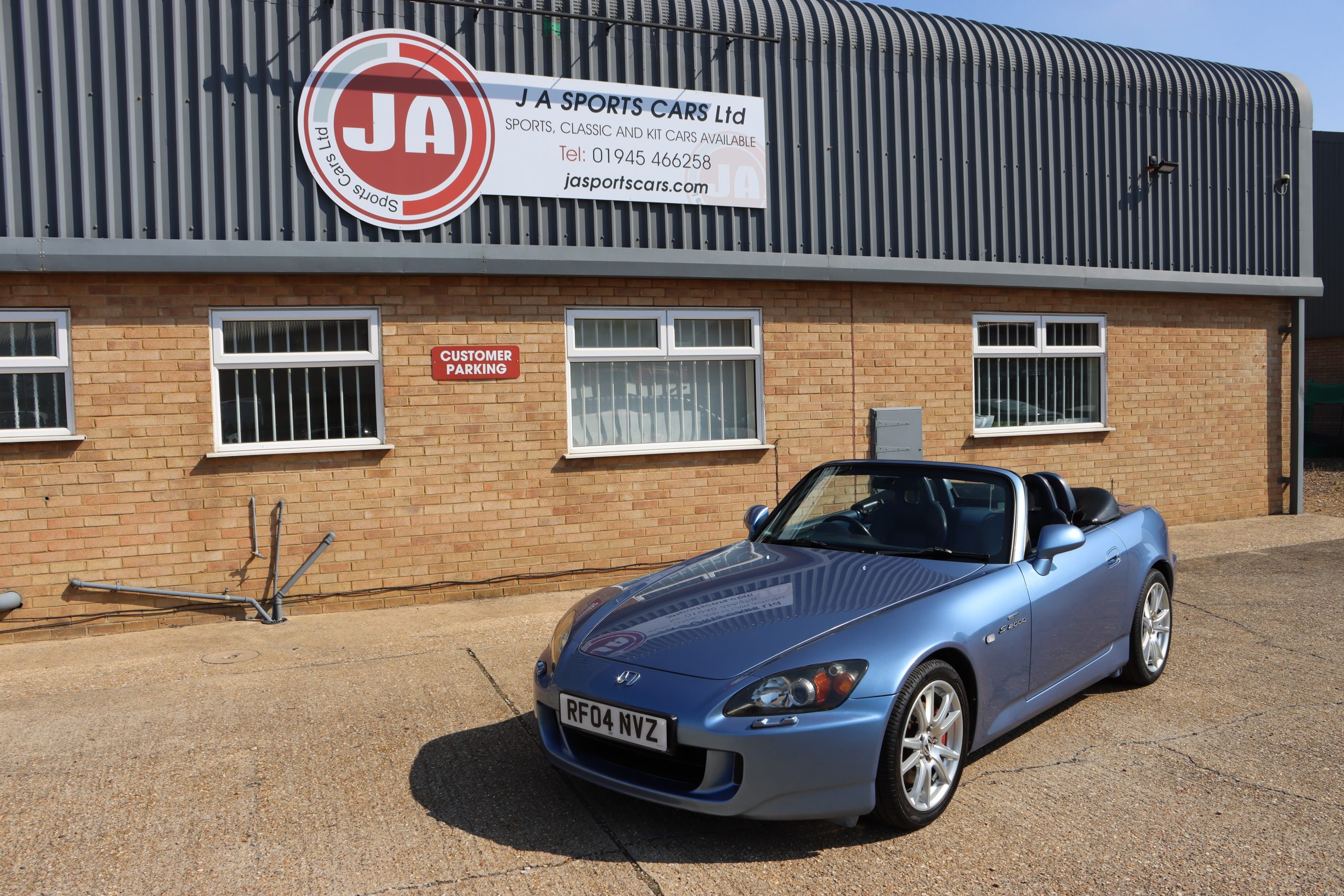 The Honda S2000 is an open top sports car that was manufactured by Japanese automobile manufacturer Honda, from 1999 to 2009. First shown as a concept car at the Tokyo Motor Show in 1995, the production version was launched on April 15, 1999 to celebrate the company's 50th anniversary. The S2000 is named for its engine displacement of two liters, carrying on in the tradition of the S500, S600, and S800 roadsters of the 1960s.

Several revisions were made throughout the car's production life, including changes to the engine, gearbox, suspension, interior and exterior. Officially two variants exist: the initial launch model was given the chassis code AP1; though cosmetically similar, the facelifted version, known as the AP2 in North America and Japan, incorporated significant changes to the drivetrain and suspension. Production of the S2000 ceased on August 19th 2009.

The Honda S2000 was notable for its exceptional specific power output of about 124 hp per litre, or about two horsepower per cubic inch, the highest of any mass production, naturally aspirated engined car.

The 2001 model was largely unchanged; Honda added a digital clock to the radio display and made the rear wind blocker standard. Honda also added Spa Yellow exterior colour to the US domestic market lineup. For the 2002 model year, suspension settings were revised and the plastic rear window was replaced by a glass unit incorporating an electric defroster. Other updates included slightly revised tail lamps with chrome rings, an upgraded radio with separate tweeters, a leather-wrapped gearshift knob, leatherette console cover and a revised engine control unit. Honda added Suzuka Blue Metallic and Sebring Silver Metallic exterior colours to the US domestic market lineup.

The AP1 was manufactured up to 2003 at Honda's Takanezawa plant, alongside the NSX and Insight hybrid.

The 2004 model S2000 underwent several significant changes. Production moved to Suzuka. The new model introduced 17 in (43 cm) wheels and Bridgestone RE-050 tyres along with a retuned suspension to reduce oversteer. The spring rates and shock absorber damping were altered and the suspension geometry was modified to improve stability by reducing toe-in changes under cornering loads. The subframe also received a revision in design to achieve high rigidity. In the gearbox the brass synchronizers were replaced with carbon fibre. In addition, cosmetic changes were made to the exterior with new front and rear bumpers, revised headlight assemblies, new LED tail-lights, and oval-tipped exhaust pipes. Although all the cosmetic, suspension and most drivetrain upgrades were included on the Japanese, Australian and European models, they retained the 2.0-litre F20C engines and remained designated as AP1 (facelift) models.

The beautiful car for sale here is a 2004 AP1 Facelift model in stunning Nurburgring Blue metallic paint with dark blue leather interior. It has been fastidiously maintained with a Service Book filled with stamps from either Honda Dealers or Honda Specialists. Everything is in working order, the VTEC engine screams up past 8,000 RPM and the gearbox is the best we have ever experienced in any car. You are welcome to come and view the car, test drive it and enjoy a true sports car experience.