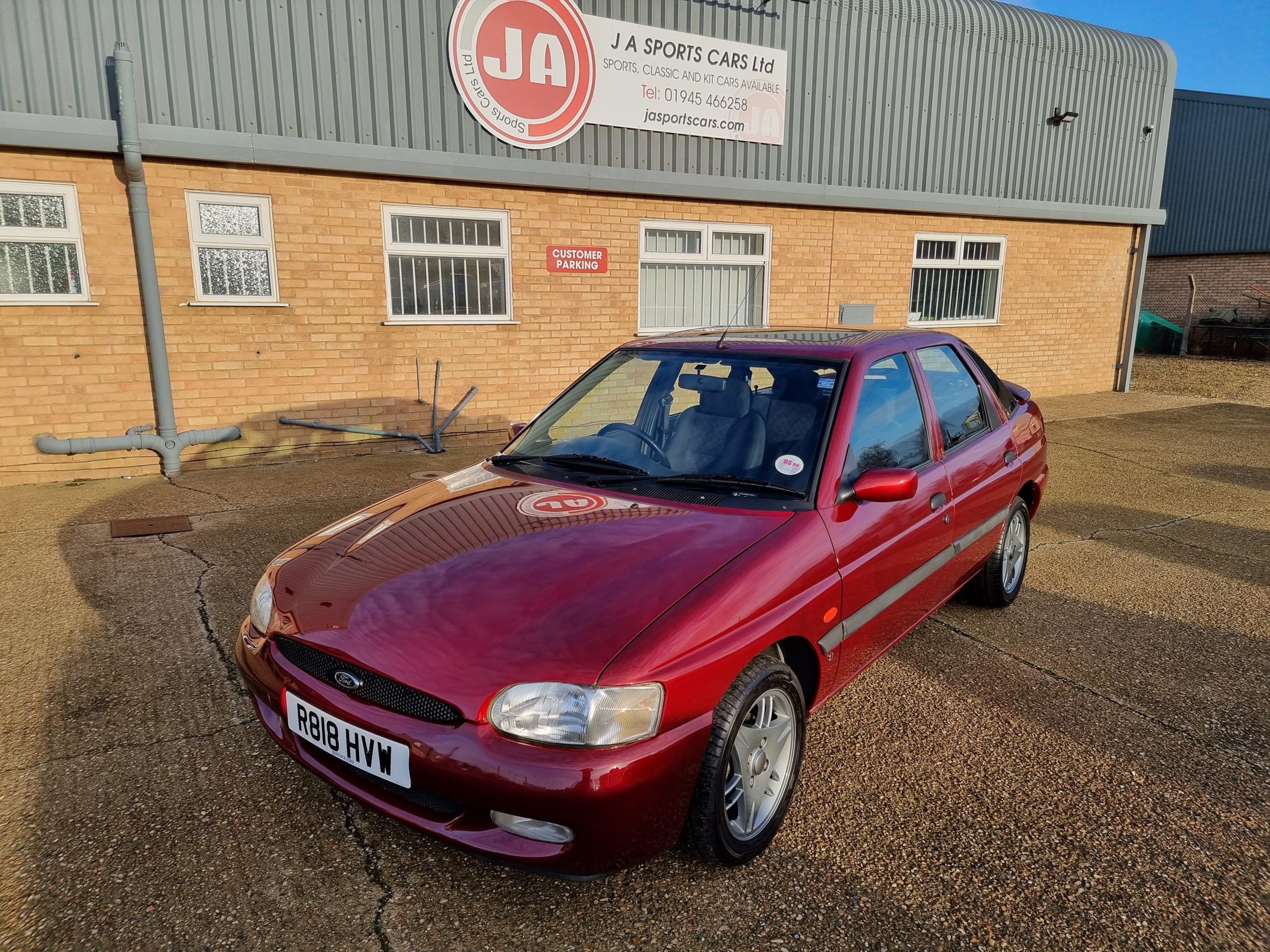 The Ford Escort was revised in January 1995, although it was still based on the previous model. This version had new front lights, bonnet, front wings, front and rear bumpers, wing mirrors, door handles and 4 different front radiator grilles (slats, honeycomb, circles and chrome). At the rear, the Ford logo moved from the right to the centre of the boot, except for the van and some convertible models. The interior of the car was hugely revised too following heavy criticism of the original 1990 car which featured low quality plastics for its interior mouldings - the car now featured an all new dashboard arrangement of competitive quality.

Dynamically, the handling and ride were also much improved with revised suspension set up from that on the previous Mark V models. The sporty "Si" model had slightly stiffer suspension than the Encore, LX and Ghia variants, although the Si was otherwise the same as the LX with some additional standard, mainly cosmetic, enhancements such as front and rear spoilers (which were also available as options on the LX), sports seats and white-faced dashboard instruments.

So we have here a time warp car in great condition that has been looked after by its owners. This car is the sporty Si model with the 1.6 Zetec fuel injected engine. The body colour is a lovely dark red and there is almost immaculate grey interior. It has only done 29,000 miles!!!

In addition, the car has been well looked after and has had the following work done in the last 2 years:

In short, this fully sorted car is ready to be driven and admired at car shows. Grab a classic that will surely only go up in value.

We know you want some more detail, so here we go. If it's not there, just ask us because we'd love to help you
HISTORY
SPEC
TECH
Only 4 owners
Service History
Lots of service history and ALL MOTs
MOT
All our cars come with 12 months' MOT if required