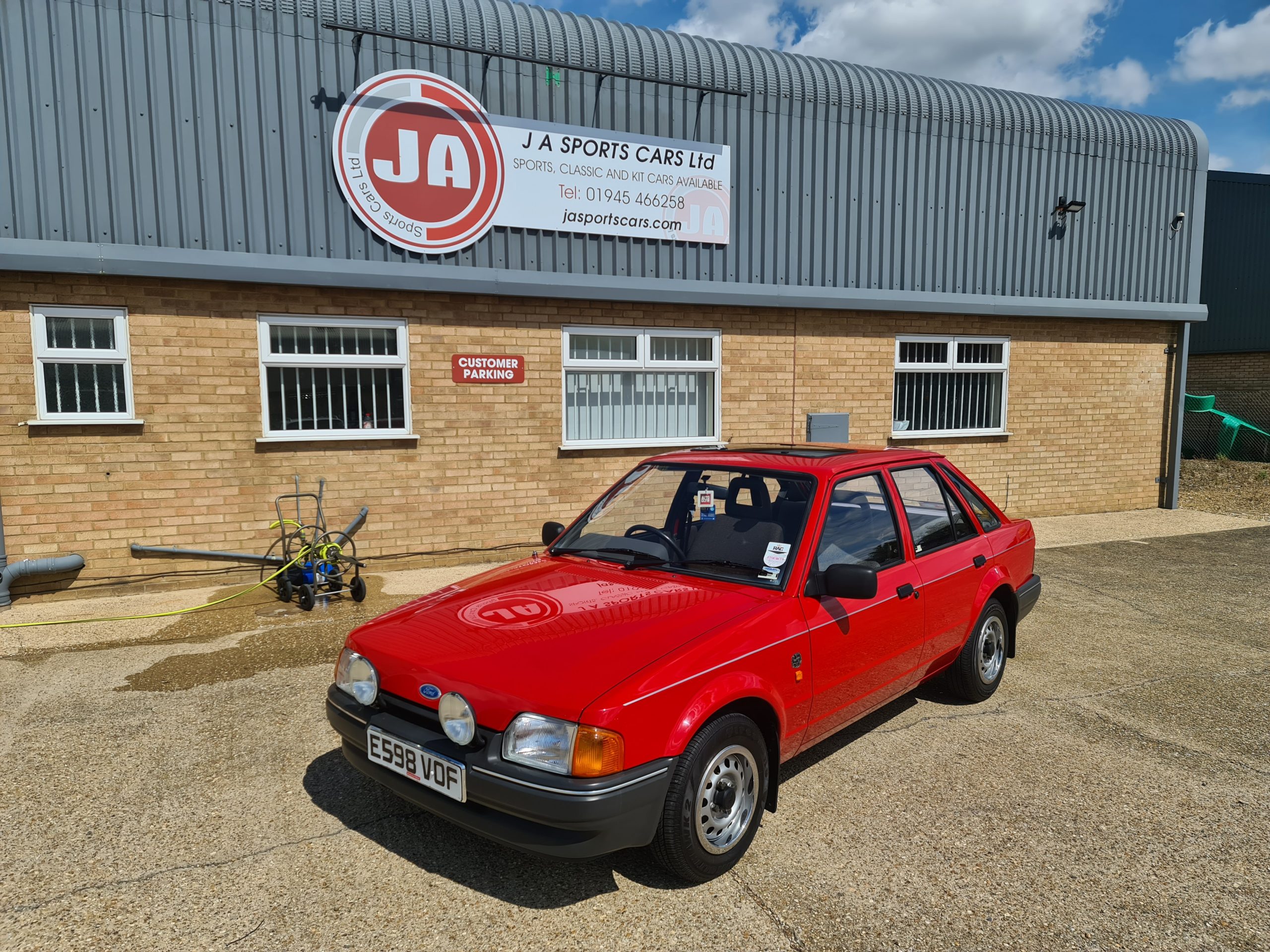 An opportunity to own an appreciating timewarp car. This Ford Escort Mk 4 is a base model 1.3 Popular but it is presented in showroom condition with only 35,000 miles on the clock.

The Ford Escort is a small family car which was manufactured by Ford Europe from 1968 to 2004.

The fourth version of the Ford Escort was launched in March 1986, with only a small number of changes. Although popularly regarded as a fourth generation model (and is popularly known as the "Mark IV"), internally within Ford it was regarded as a Mark III facelift and consequently carried the codename 'Erika-86'.

It was instantly recognisable as an updated version of the previous model, taking styling cues from the recently introduced Scorpio/Granada III - with a smooth style nose and the "straked" rear lamp clusters smoothed over. Internally the car had a completely new dashboard and other smaller changes.

For Ford fans this is a bit of a unicorn car and will be the talk of any classic car show.

We know you want some more detail, so here we go. If it's not there, just ask us because we'd love to help you
HISTORY
SPEC
TECH
Service History
Some service history. Comes with original service book and handbook plus some invoices
MOT
All our cars come with 12 months' MOT if required