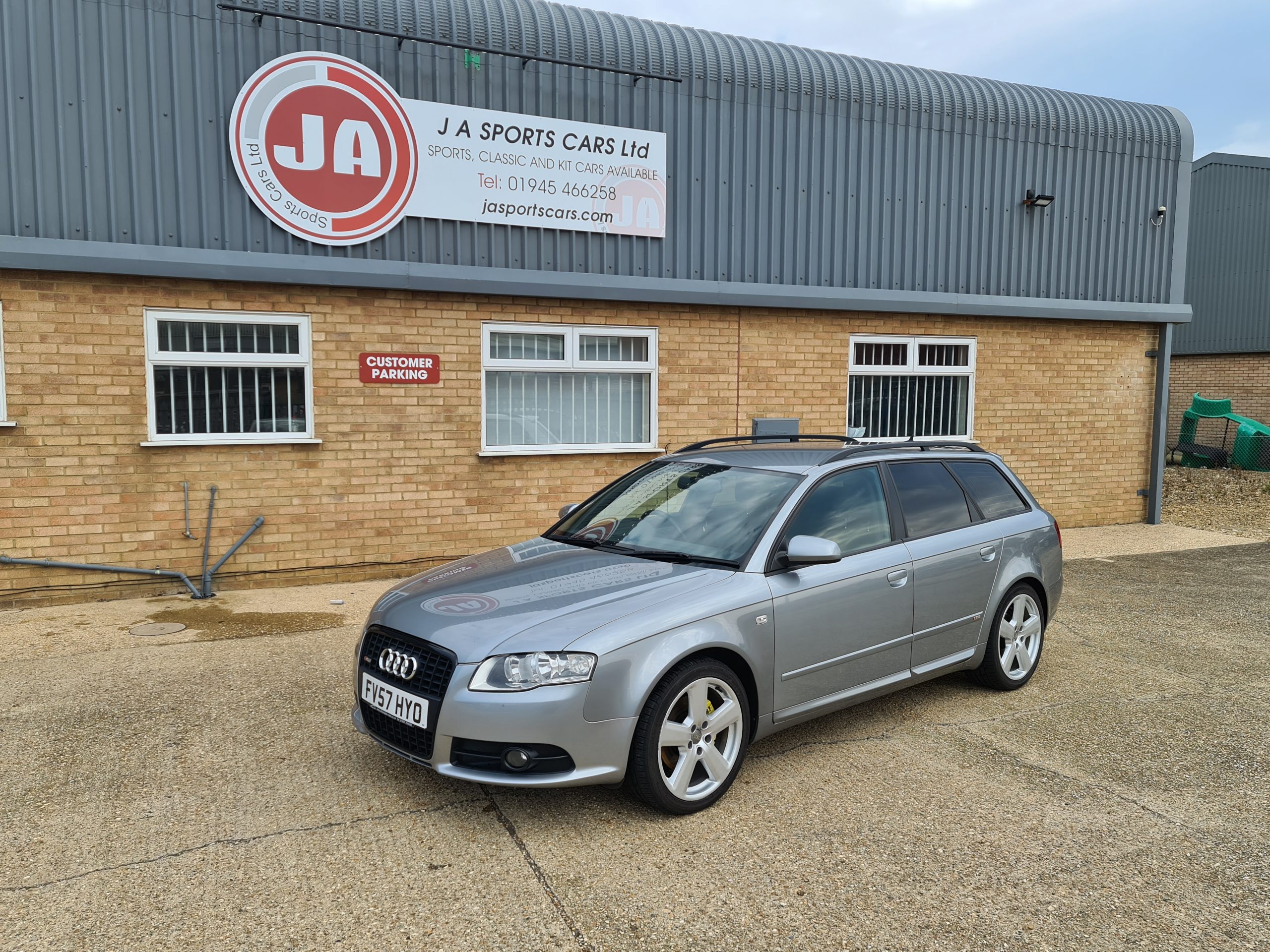 In the late '70s, Audi chose to name its estate vehicles as Avant.

The bodywork featured a raked rear-end instead of a vertical one like most of the other estates on the market.

The 2004 A4 was the third generation of the premium compact vehicle from Audi. It was more of an evolution rather than a new model. Its predecessor was built for only six years and the B7 was on the assembly line only until 2008. But the changes over the B6 were important, starting with the steering, powerplants, and transmissions.

On the outside, there were some similarities in design, even though they were signed by different designers. The new, singleframe, grille design was adopted from other Audi models. The headlights received a new design and the bumper was more aggressive due to its side air-intakes.

Inside, the A4 Avant was the same as the saloon up to the B-pillar. The boot could have been extended by folding the rear bench seatback. Even though it was not completely flat. There was a higher quality material used for the 2004 Avant than on its predecessor.

This car features the hugely economical 2.0L TDI engine which can easily do 60mpg and will regularly do more than 45 mpg in urban traffic. It has also been 'chipped' to add more horses (up to 210bhp from 170bhp) and to improve the already impressive standard fuel economy.

It is an S Line SE model which adds some nice luxury features such as sport seats and full leather upholstery, and the car also comes with a Parrot Bluetooth hands free kit for phone calls and music.

Since getting the car we have replaced the left and right front engine mounts, updated the satellite navigation to the 2020 maps and installed brand new Audi branded mats. We have also installed a new Diesel Particulate Filter (DPF) and had the car programmed to maximise fuel economy and smooth running. Finally we have given the car a complete detail.

This is a fully sorted car with a great history and is in top notch condition.

We know you want some more detail, so here we go. If it's not there, just ask us because we'd love to help you
HISTORY
SPEC
TECH
7 former owners but regularly serviced and kept in great condition
Service History
Full service history
MOT
All our cars come with 12 months' MOT if required